Oz Wiki
Register
Don't have an account?
Sign In
Advertisement
in: Witches, Protagonists, Villains, Oz the Great and Powerful Characters

Oz the Great and Powerful
Theodora is a main character, but later the secondary antagonist in the 2013 fantasy film Oz the Great and Powerful. Theodora is a beautiful, naive witch who is protected by her powerful sister Evanora (The Wicked Witch of the East). Theodora at first only wants peace to come to the Land of Oz and truly believes that Oscar Diggs is a great and powerful wizard who has come to save them from the wicked witch. After eating a cursed apple (given to her by her sister) Theodora turns from being the The Good Witch of the North into the The Wicked Witch of the West. She is played by actress Mila Kunis.

Oz the Great and Powerful

Theodora first appears when Oscar first lands in Oz, believing him to be the focus of a prophecy after seeing him perform a few simple magic tricks, which she believes are real magic. Theodora tells Oscar that the wicked witch killed the former king of Oz, but upon his deathbed, it was predicted that a great and powerful wizard by the name of Oz would descend from the sky, save the land, and become their new king. Unfortunately, they are discovered by a winged baboon. Oscar manages to distract it with one of his doves and the two escape. By this time, Theodora reveals she is also a witch, but a good witch. The two camp out for the night before heading to the Emerald City, where Oscar follows his womanizing ways and gives Theodora a music box; she develops feelings for Oscar, who she desires to rule with as queen, and falls in love with him whereas he rebuffs such commitment (though he clearly feels guilty). They come across Finley, a winged monkey trapped in vines. Wishing to see Oscar in action, Theodora asks him to free the creature. Unfortunately, a lion appears and tries to pounce on Oscar. Fearing for his life, Oscar creates a haze to scare it off. Finley pledges a life debt to Oscar while Theodora watched in amazement.

The trio arrive in the Emerald City, Theodora's sister Evanora appears, seemingly gracious that the wizard has returned to help them stop the wicked witch's reign of terror. Evanora then asks Oscar to join her later on for a tour of the palace. As Oscar leaves the room, Evanora scolds her sister for bringing an impostor to Emerald City. Theodora tries to defend, believing that Oscar is really the wizard who will save them. Evanora thinks that Oscar could have been sent by the wicked witch and then accuses her sister, Theodora of being in league with the witch. In her anger, Theodora conjures a fireball and hits a nearby vase. To this, Evanora states "that temper really is wasted in you, isn't it?" Alluding to the potential evil within Theodora. Evanora claims that Oscar can have all the power and wealth of the king if he kills Glinda (who was believed to be the wicked witch) by stealing and destroying her wand, the source of her power.

Later, Theodora comes into the throne room and sees her sister spying on Oscar; she inquires about Oscar's whereabouts, since he never said goodbye to her before leaving the Emerald City. Evanora states that he is with Glinda, to which Theodora naively replies that he must be negotiating the peace that she has always desired. Then, Evanora magically conjures a music box identical to the one that Oscar gave Theodora (and every other woman he met).Evanora, knowing Theodora has a music box as well, shows Theodora her box and states that she also danced with Oscar the previous night. Hearing this, Theodora cannot believe it, but Evanora uses the exact words Oscar said to Theodora to make her claim seem legitimate and further incite the anger within Theodora.  Theodora goes to her rooms and berates herself for her naivete, crying for the first time.  When she sees her tears leaving burn scars on her face, she snarls to her reflection, " Serves you right!" and shatters the mirror. As the two sisters continued to watch Oscar's journey, Theodora became heartbroken at Oscar's betrayal as he joins forces with Glinda (who Theodora still believes is evil).  She cries, experiencing physical pain due to her tears burning into her skin (a nod to her role as the Wicked Witch of the west, who was destroyed by water).  Playing on her sister's pain, naivete and growing anger, Evanora offers her a green apple that will cure her broken heart. Theodora immediately takes a bite from it. The magic makes Theodora see clearly and soon afterwards she realizes that Evanora was the real wicked witch all along. However, she is too late to realize this as Theodora begins to transform into a hideous, green-skinned version of herself as her heart disintegrates. Pleased, but in shock of her sister's new appearance, Evanora tells her she can cast an enchantment to mask it, but Theodora refuses because she wants Oscar to see what "he" did to her.

As her first act, she flies to Quadling Country and easily breaks through Glinda's barrier. Landing in the town's square she confronts Glinda and Oscar, the latter being unable to recognize her. Reminding Oscar of the time they spent together, Oscar remembers and realizes the witch is Theodora. She then uses her magic to make Oscar dance in the air like a puppet, telling Oscar that he is the cause of her wickedness and attacking him with a fireball. Glinda tries to fight her off and begs Theodora to stop, trying to reason this isn't her but Evanora's influence, but Theodora scoffs at this, and says that she'll come back with the armies of the Emerald City. Oscar tries to get through as well, but Theodora coldly states that he is not a wizard, and all their hopes will amount to nothing. As a nod to Oscar's earlier comment of how witches use broomsticks when they met, she summons one of the villagers' brooms towards her and corrupts it, and then flies away laughing using the broom as her ride. With war approaching with Glinda, Evanora along with the Theodora prepare their army against the coming invasion. Announcing that they will drive away the enemy, Evanora is suddenly interrupted by Theodora stating there will be no mercy, only complete slaughter, as she demonstrates her much more cruel change to a surprised Evanora. When the resistance finally attacks, Evanora and Theodora watch invaders coming through the Poppy Fields. The sisters call out for the winged baboons to attack, but realizes too late that it is a trap composed of false scarecrow soldiers that puts most of the baboons to sleep; Theodora screams in rage. However, two baboons manage to avoid this and capture the nearby Glinda (who drops her wand) and bring her to Evanora. During the infiltration of Emerald City, while most of the civilians, the Winkee soldiers and the resistance are gathered in the town square with Glinda and Evanora, Theodora is pacing atop one of the towers.  She spots Oscar loading his hot air balloon with gold stolen from the treasury, and sneers to herself "How...  predictable."  As the captured Glinda is taunted by Evanora, Theodora arrives and announces the cowardice and betrayal of the Wizard, showing the hot air balloon flying nearby. Theodora shoots it down with fire, causing it to ignite and pour gold stolen from the treasury. As she and Evanora are about to destroy Glinda, an illusion of smoke cast from a carriage appears as Oscar's head. Thinking this is simply another trick, Theodora hurls a fireball at the projection. In response, Oscar turns the projection off, then ignites a second explosion and re-activates the projection.  He then has the Munchkins set off a fireworks display (claiming he is 'summoning the stars') to scare the witches out of Oz.  Thinking Oscar really is the prophesied Wizard, Evanora flees in terror; furious, Theodora berates her sister's cowardice and continues to hurl flames at Oscar's illusion, to no effect.

Seeing Oscar's might and uprising from the citizens, Theodora attempts to do what Evanora couldn't and kill Glinda. However, as she is distracted by the fireworks, China Girl hands Glinda her wand, and she is able to escape her chains. Surprised and angered by the disappearance of Glinda, Theodora once again attempts to attack Oscar, only to have her attacks seemingly deflected as the Munchkins begin launching the fireworks directly at her through the projection. Out of options,Theodora snarls "I hate you." to Oscar and takes to her broomstick, flying off and vowing to return. Oscar calls after her, stating that he knows her evilness was not her doing, and if she can ever find the good in her heart again, she will be welcomed back.  After seeming to consider this offer, Theodora screams her defiance at Oscar before flying off to the west, laughing.  Inside the projectionist booth, Oscar shows sadness at being unable to save her.

In both her good and evil incarnations, Theodora is a character very much driven by her passions. In this, she is the opposite of her cool-natured, scheming older sister. As a good witch, she is earnest and compassionate, driven by hope; as a wicked witch, she becomes bitter and filled with fiery hatred. Theodora also loses her fear in her evil incarnation, refusing to flee from Oz's illusions like her frightened older sister and even continuing to attack it until a barrage of fireworks are directed straight at her, forcing her to flee.

Theodora's powers appear to derive from the ruby ring she wears on her left hand, in both her good and evil incarnations. Like Evanora's emerald necklace and Glinda's diamond-tipped wand, the ring glows whenever she uses magic. 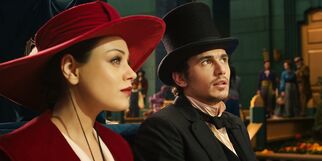 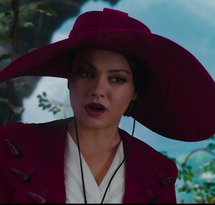 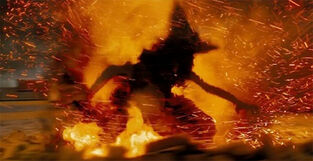 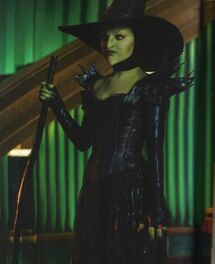 Theodora The Wicked Witch of the West 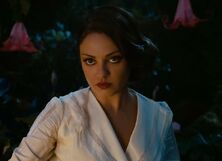 The Good Witch of the North 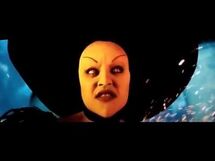 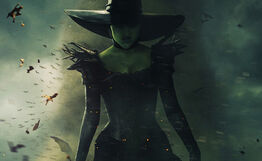 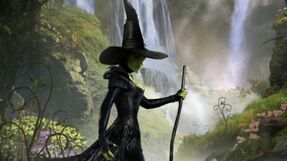 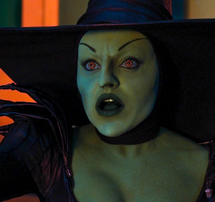 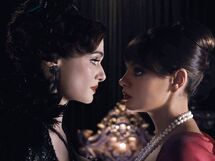