Oz Squad is an Oz comic book series by Steve Ahiquist that ran for ten issues from 1991-1996. It follows the adventures of the four main characters from The Wonderful Wizard of Oz, who had moved to America and become superheroes. The first three books were published by Brave New Worlds with the others published by Patchwork Press (no connection to the Patchwork Girl).

The series takes place years after the events of the Famous Forty and World War II. Dorothy has become an adult. The other

characters have also gone through tremendous changes, and are all living in America.

They have to protect both lands -- America and Oz from threats such as the returned Wicked Witch of the East, now known as Rebecca Eastwitch, a morally challenged Tik-Tok and more.

Time travel occured at one point and had

At the series end, it revealed that Dorothy is  pregnant with Princess Ozma's son (apparently concieved while she was Tip) who is later introduced in a sequel book.

In 2009, all issues were released as The Complete Annotated Oz Squad. In 2011, the series rebooted with a sequel e-book novel called Oz Squad: March of the Tin Solders written by the orginial author that is intended to be the first of a book series. (listing on Lulu.com 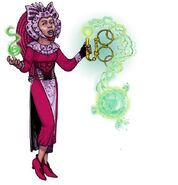 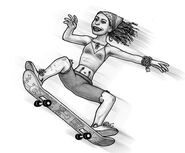 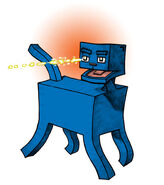